THE IMPORTANCE OF THE NEXT STEP
DISCOVERY REVIEW 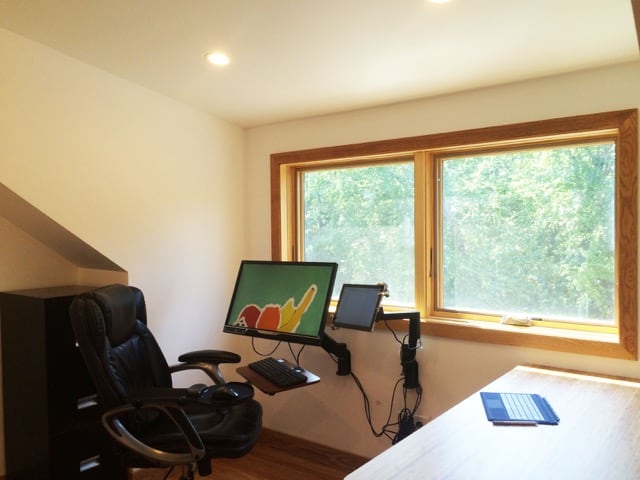 I have a pre-design service I provide called the Next Step Discovery Review. For a modest fee that we determine once we identify the scope of the work, I prepare a report that identifies the hidden barriers and opportunities in your project. It is very important to do this before spending a minute on the design. Even after 30 years in building, I am constantly surprised by the challenges I find that are not obvious.
An example of this approach can be seen in a recent project to create a sleeping loft for a daughter and a home office for the Dad out of an attic space in a contemporary house. The upper wall of the existing bedroom would be removed to connect to the adjoining attic space. The bedroom would then be available as an Art Studio. Seems so easy!
The attic was used for many years for storage for lots of books and other heavy stuff. During my pre-design visit to the Building Inspector, he asked if the third floor was structurally rated for occupancy. There was no answer to be found on the existing plans so, off to the engineer!
It turned out that the third floor was only rated for storage, so some structural changes would be needed. The attic floor joists did not extend all the way to the outside walls due to a high ceilinged bathroom between that attic and the outside wall. The result was that there was too much load on the SECOND FLOOR! It would be impossible to fix this without tearing apart the kitchen ceiling, removing the cabinets and lighting to reinforce the ceiling. There was no way that the owner would contemplate that scenario. The project was in jeopardy and the daughter was coming home soon.
My solution was akin to using a SKYHOOK! (echoes of summer camp) The trick was to double up the roof rafters that extended from the ridge, all the way down to the outside wall and to HANG THE ATTIC FLOOR FROM THE ROOF. This strategy allowed the engineer to provide calculations removing enough of the attic floor load off the second floor to satisfy the Building Code. In fact, nothing visible really changed, but this administrative hurdle had to be cleared before design could even begin.
It is always more expensive to fix problems after construction begins. (See my First Steps Page) In this case, we could have completed plans and found it impossible to get a Building Permit because of an oversight.

The wall around the closet used to extend to the ceiling. A steep, but legal stair meets Code requirements by using 2 exceptions for converting attic spaces for occupancy. 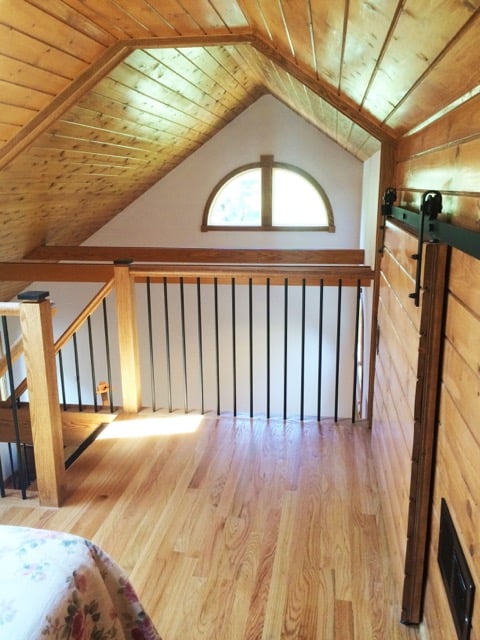 This is the view from the bed over the studio. The windows were added for Northern light. 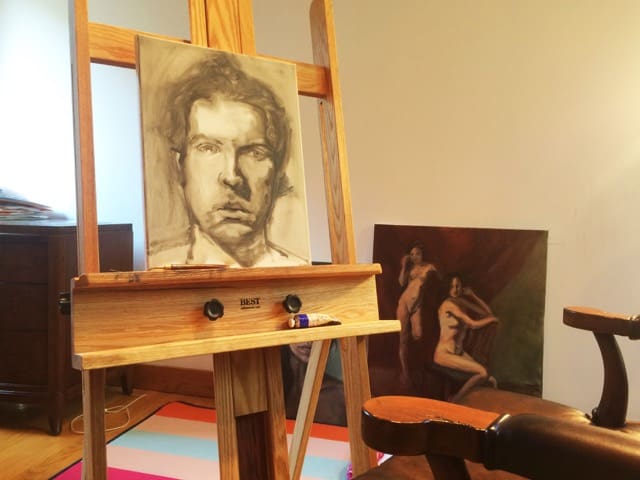 The big reward is that the old bedroom is now a generous Painting Studio, and…
Here is the form I use as a preliminary agreement. It outlines the types of information that needs to be processed in order to build a firm foundation for your project. Let me know if you have a challenge you need help with.