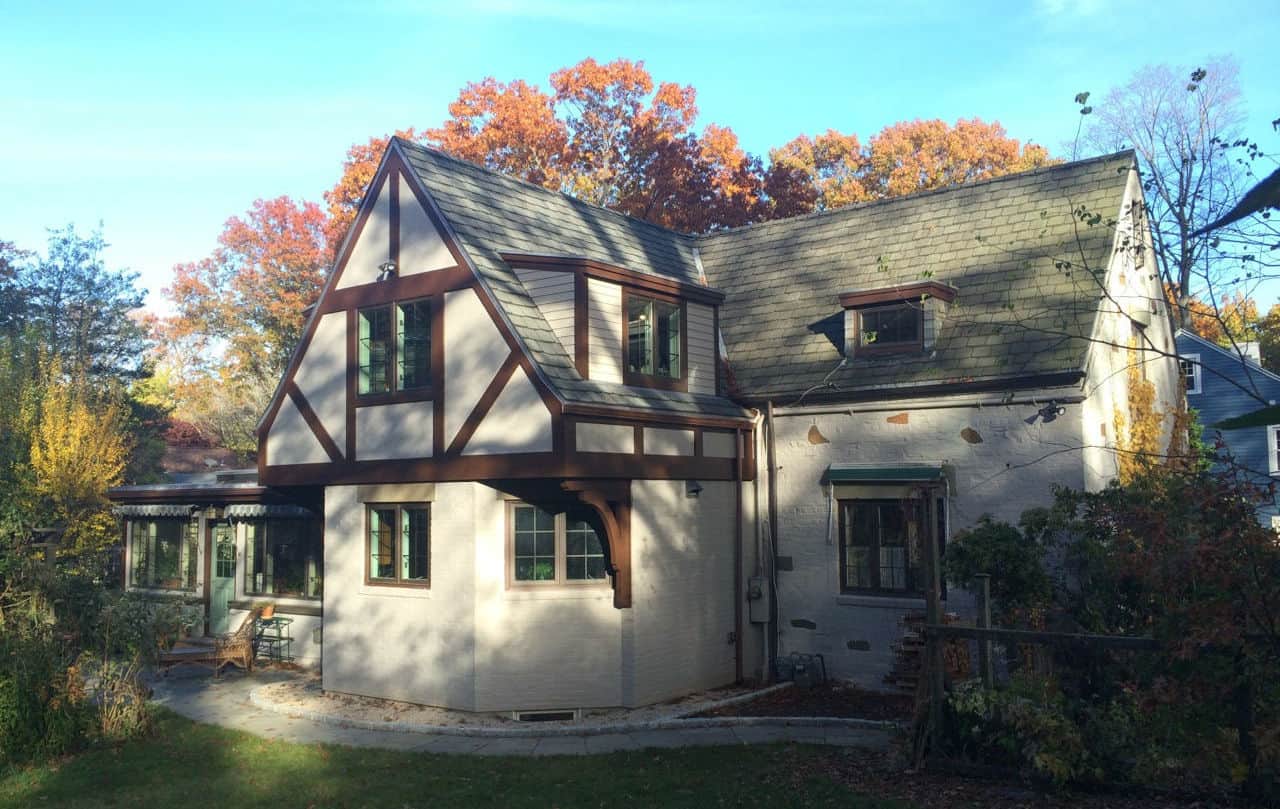 One of my clients worked diligently to create a Historic District in her neighborhood to help preserve its charming character while it was still possible. This is an excerpt of a letter I wrote to her about the complexity of the undertaking:

“The decision to create a more authentic look for your house, coupled with your hand in creating the rules that would govern your own design is a wonderful act of public service.

There is an interesting tension that we will have to work through to determine the exterior appearance based on what era’s architecture we’d use to anchor the design process. The Colonial Revival house was built as worker housing in the nineteen thirties, based loosely on a 1700’s colonial model. Do we try to go back to the 1700’s sources using very old details or do we allow ourselves the freedom to copy the more exaggerated style of additions that would have been common in the 1930’s? There was already a bit of artifice in making a Colonial house in the 30’s. The choice will be yours and it will be an interesting journey.”

I recently used “thin brick” to achieve the look of a 1920’s Brick Tudor while creating an addition that meets and exceeds today’s energy standards. The original structural walls were built of 2 wythes of brick with scant insulation. The new energy conscious walls are built of 2×6 studs while the windows are inset in 2×4 frames to allow “L” shaped thin bricks to wrap into the recessed openings to look natural. Even the lintels over the windows are only 1” thick. I hand-picked the bluestone they were cut from to match the existing 4” thick lintels perfectly. The brackets I described in our meeting are sturdily proportioned to complement the timber style on other parts of the house, but they are entirely decorative. The second floor cantilevered corners were engineered to support the roof on their own.

My Bauhaus education emphasized honesty in materials, but even the master of modernism, Mies Van der Rhoe, used non-structural columns on the face of the Seagram Building to express the verticality of the skyscraper. Colonial houses often use columns and pilasters made of wood based on real columns made of stone in the Greek precedents. Working out the contradictions in historical renovation is where the fun lies in a project like this.”

The journey has now begun. Soon we will present the design to the Historical Commission for a Certificate of Appropriateness.